To exchange a loadcell you will need a screw driver  (Philips #2), a set of metric Allen Key Set and a sidecutter. Some cable ties can be handy too. 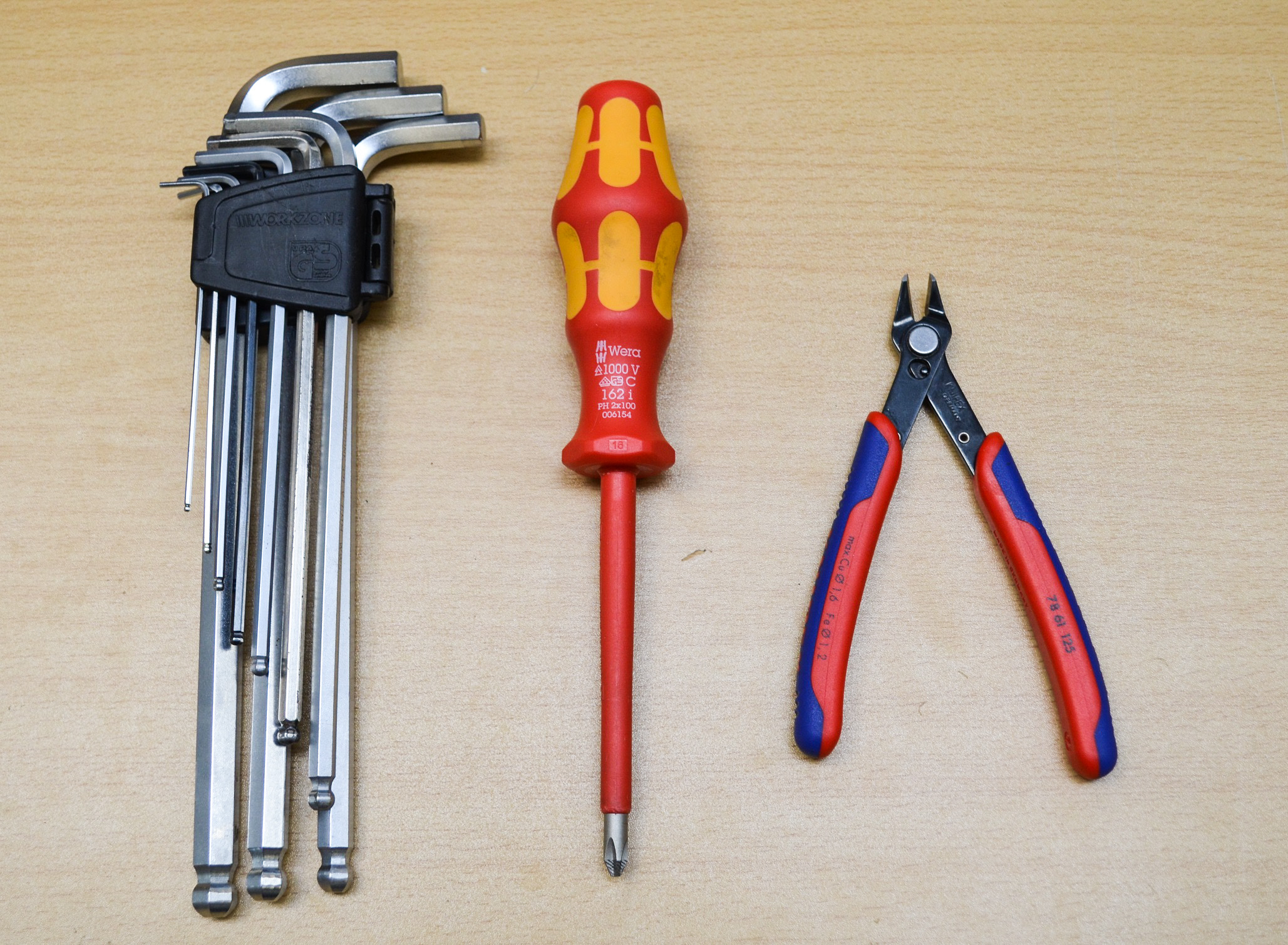 Before doing any work on the system please make sure that:

After you have removed all screws you can just take off the front plate. You should see the inside of the DroughtSpotter with the loadcell cables coming from the table plate and going into the Junction Box. 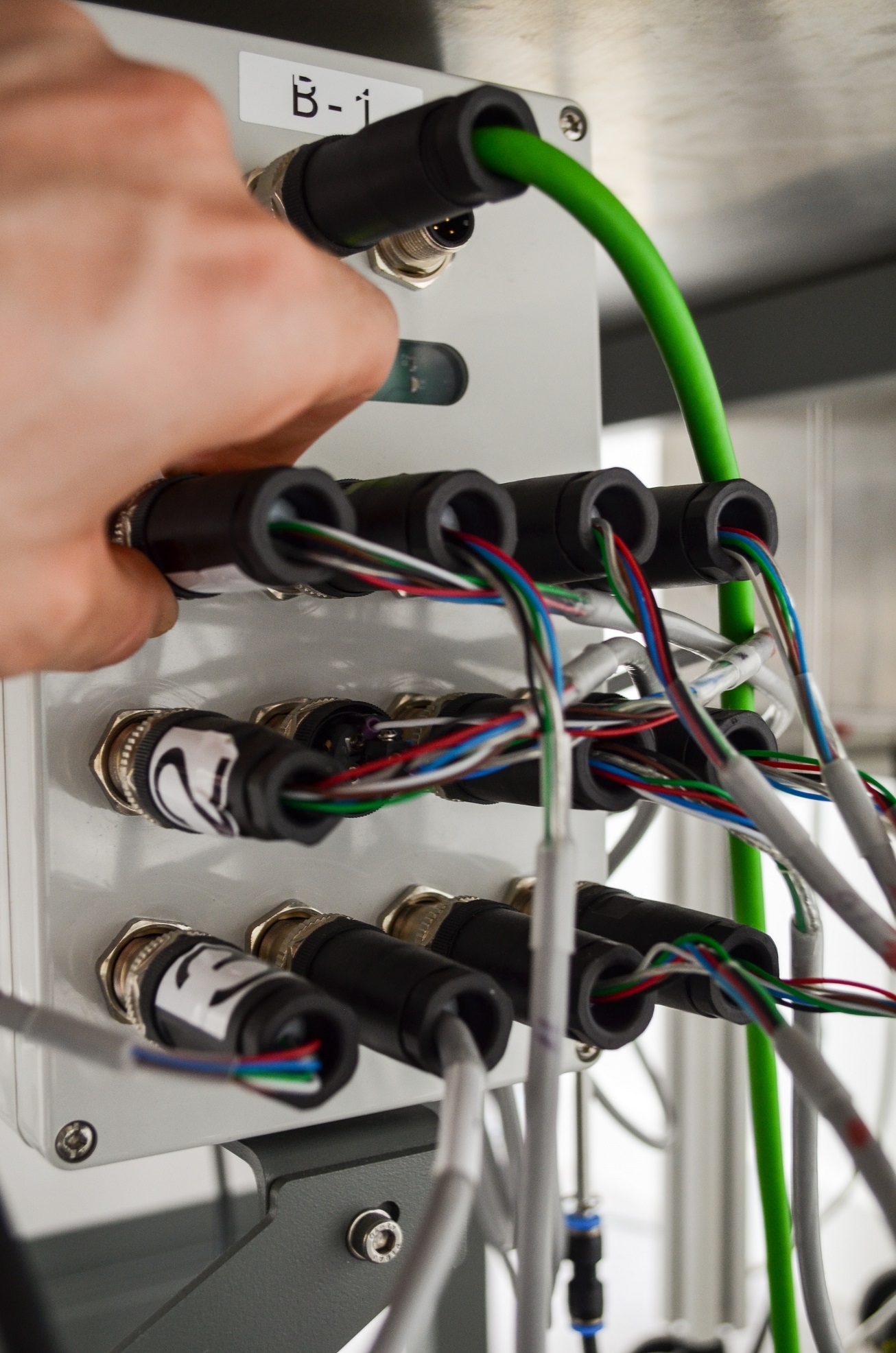 The loadcell should now be disconnect from the system and you should be able to pull out the cable and remove the cell.

Mounting the new cell follows the same procedure as unmounting the old cell, just in a different order. First put the new cell in place and pull the cable through the hole in the base plate. Note that there is an arrow engraved on the loadcell that shown in what direction it should be mounted. The arrow should point downwards when its mounted. Second, mount the two bottom screws to fix the loadcell in place. Now you can start to wire the cables of the loadcells and fix them in the DroughtSpotter. It is easiest if you follow the path of the old cable and fix it with cable ties where needed. Please make sure that the cable is not 'pulling' on the loadcell. This will influence the weighing results.
Finally put the spacer and cover plate back on the load cell and fix them with the two screws and an Allen Key. When you fix them double check that the cover plate doesn't touch the POM plate on the edges (see red circle as an example. The distance between POM plate and cover plate should be the same all around the cover plate. If you have a physical contact between the two, the weighing result will drift. 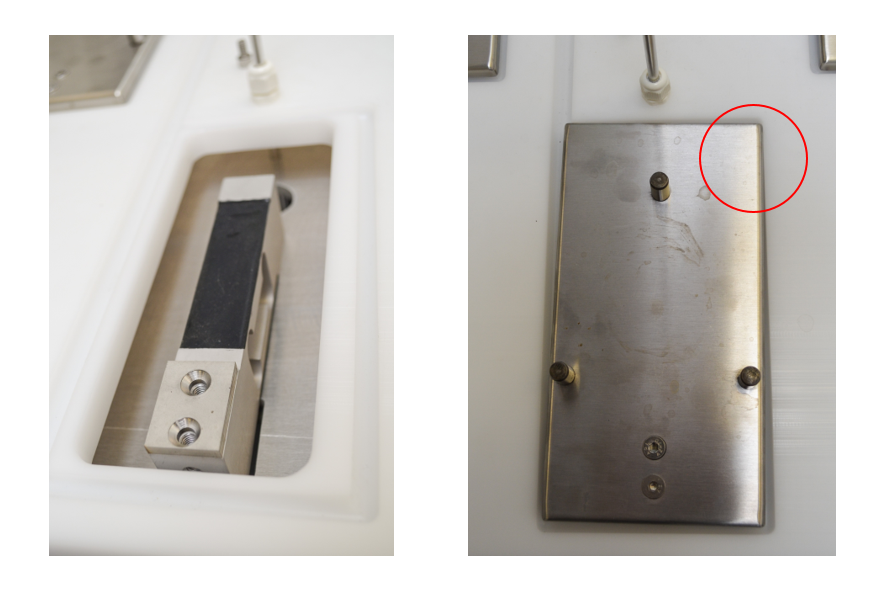 Finally, put the front plate back onto the system and mount the lever of the unit valve. Also make sure that you switch water and power back on after all work is finished.
After mounting a new loadcell you will need to calibrate the cell to work properly. To do that check the calibration tutorial.