back to all plant parameters
Value Range: -1–  1
NDVI is computed as the ratio of the NIR and the Red channel in PlantEye. It is computed as the difference of both channels divided by the sum of both channels. Therefore it is a ratio in the range of -1 to 1. The illustration below shows three different examples for the calculation of NDVI. The X axis represents a simplified spectrum in the range from 400 to 1,000nm. The Y axis shows the relative reflectance for each wavelength. The colored blocks represent the measurement channels of PlantEye with standard configuration. 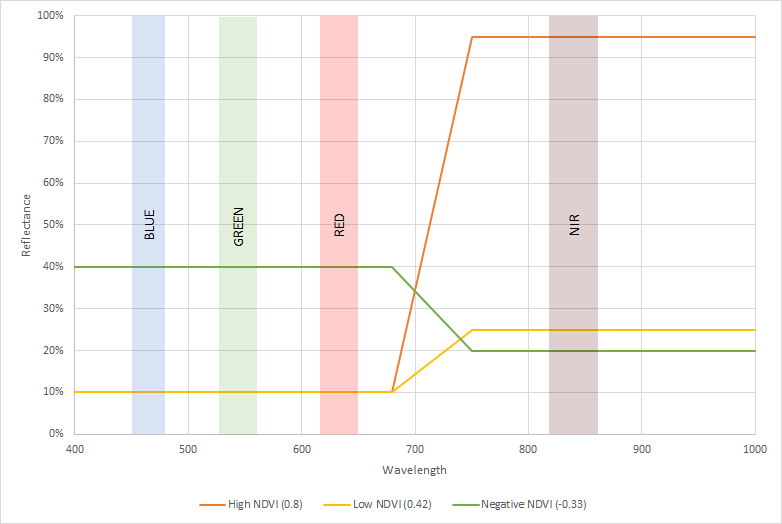 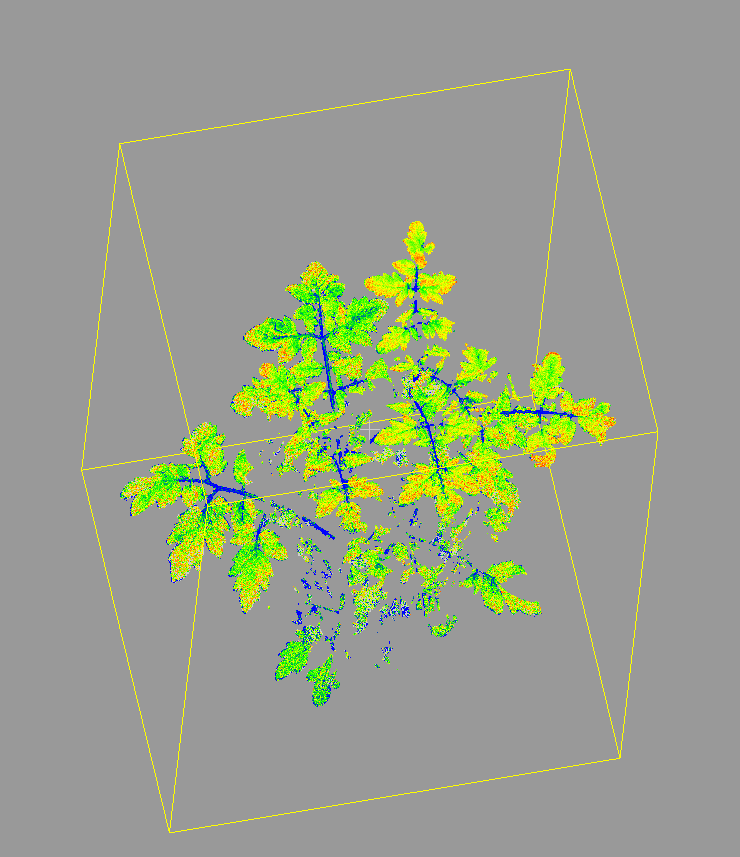 back to all plant parameters